The 5 Whys Activity for Life Design

What is the 5 Whys Activity?

The 5 Whys activity is an interative root cause analysis technique in which one asks ‘Why?‘ 5 times to get at the root cause of a problem.

It was developed by Sakichi Toyoda, Taichi Ohno, and Isao Kato, for Toyota Industries Co. The technique has garnered widespread use and has seen applications in product design, lean management, therapy, etc.

While many people and fields have applied the 5 Whys technique, it has been met with its share of criticism (e.g., Why 5 whys as opposed to another number?, single ‘Why’ reason and answer, lack of support in framing ‘Why?‘, etc.?). These critiques are important to consider when framing the activity.

The 5 Whys Activity for Life Design

The 5 Whys activity can be adapted for the life design process. Here are two examples:

5 Whys can be used as a personal reflection activity. One critique of 5 Whys, in general, is that the person answering might not know that answer to a particular ‘Why‘. In the realm of life design, this uncertainty can be helpful in pinpointing assumptions, as well as uncovering deeper values and motivations.

Personally, I think 5 Whys can be quite powerful when reflecting on a next step, especially one that might feel standard like:

In framing the 5 Whys for personal reflection, there are three important steps that I take:

The pre-activity should help generate a list of potential problem statements. This is important in case participants feel like their initial ‘Why?‘ question falls flat. Having a set of insights to draw upon can help restart the activity

While the 5 Whys activity is relatively simple to explain, it needs further framing in order to land. Here are a few things that I do:

I find it helpful to do a follow-up activity after doing the 5 Whys. It’s important that if an insight is made, that something is done with it. If you’re short on time, you can always have a quick group debrief about the activity.

Informational interviews are informal conversations with people working in an area or on a topic that you might be interested in. This goal of the interview is for the interviewer to learn – not land a position. They are often informal and quick.

These interviews are a common part of the prototype phase in life design (also called life design interviews). The 5 Whys activity can be applied during an informational interview in order to help interviewers dive deeper and learn more about their interviewee, the organization, and more.

In framing the 5 Whys for an informational interview, there are three things that I tell students:

The 5 Whys is a simple activity that can be used in various life design settings.

When I first introuduced the 5 Whys to a group of students, it was met with mixed results. Key frustrations amongst students echoed key critiques of the activity overall – getting to the fifth why, framing questions, etc.

This feedback helped me better frame the activity – no matter the setting.

Students have reported back that when they have decided to employ the technique, they learned valuable pieces of information – either about themselves or about the people they were interviewing.

When framed correctly, the 5 Whys activity can be a powerful tool that can be deployed throughout the life design process.

Have you used the 5 Whys? What did you think? Let me know in the comments. 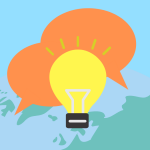 5 Takeaways From My First International Presentation on Life Design 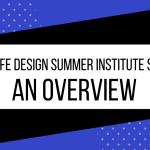 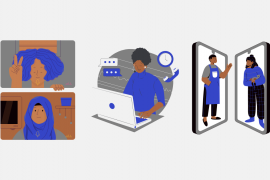 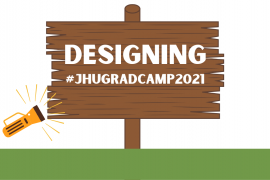 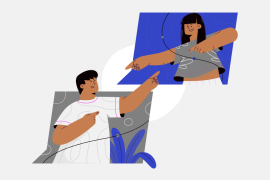 Where to Find People To Network With

This site uses Akismet to reduce spam. Learn how your comment data is processed.

This website uses cookies to improve your experience while you navigate through the website. Out of these cookies, the cookies that are categorized as necessary are stored on your browser as they are essential for the working of basic functionalities of the website. We also use third-party cookies that help us analyze and understand how you use this website. These cookies will be stored in your browser only with your consent. You also have the option to opt-out of these cookies. But opting out of some of these cookies may have an effect on your browsing experience.
Necessary Always Enabled
Necessary cookies are absolutely essential for the website to function properly. This category only includes cookies that ensures basic functionalities and security features of the website. These cookies do not store any personal information.
Non-necessary
Any cookies that may not be particularly necessary for the website to function and is used specifically to collect user personal data via analytics, ads, other embedded contents are termed as non-necessary cookies. It is mandatory to procure user consent prior to running these cookies on your website.
SAVE & ACCEPT